One of North Wales’ best-known families is embarking on a major expansion programme. 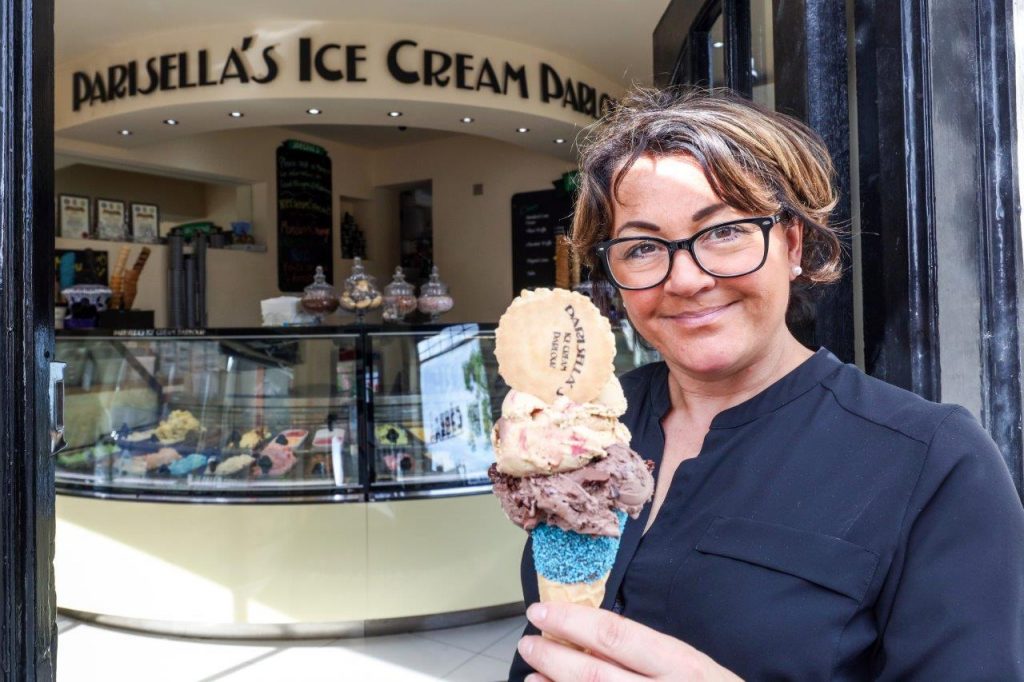 Carrie Parisella, daughter of Joseph, is aiming to roll out Parisella’s Ice Cream Parlours across the UK alongside a number of other foodie ventures.

Joseph, now 84, continues to run the family’s ice cream factory in Conwy, supplying hotels and restaurants in Wales and England with their products.

This month, Carrie will open Sandwich Express in the town, providing customers with handmade takeaway sandwiches and serving Lavazza coffee.

She has also acquired Nino’s restaurant and pizzeria in Rhos-on-Sea. The plan is to transform the site into a 120-seat café bar and patisserie and include an ice cream parlour. It will be renamed Parisella’s at Nino’s.

Carrie previously worked as a financial adviser and built up a successful business as an accredited Green Deal provider before selling last year. She is now focused full-time on building up her growing food empire.

Carrie said: “My passion has always been food and drink. I have always worked in and around my father’s business including many happy school holidays at the family’s Happy Valley Café in Llandudno.

“I am excited about the imminent opening of Sandwich Express. There is a real gap in the market in Conwy for a shop that sells freshly made sandwiches and coffee.

“I am also delighted to have been able to acquire such a household name as Nino’s and to have the opportunity to create something new and special.

“I am passionate about building the Parisella Ice Cream Parlour brand at Nino’s and elsewhere in the future. I am already in talks about other sites which would be perfect for a parlour and would not rule out the possibility of franchising the business in the near future.”

Parisella’s traces its history in North Wales back to 1949 when Carrie’s grandfather, Domenico, opened the Continental Ice Cream Parlour in Lancaster Square, Conwy.