A team of Welsh chefs served up the true taste of Wales as St David’s Day was celebrated early at a reception hosted by Prime Minister Boris Johnson at 10 Downing Street. 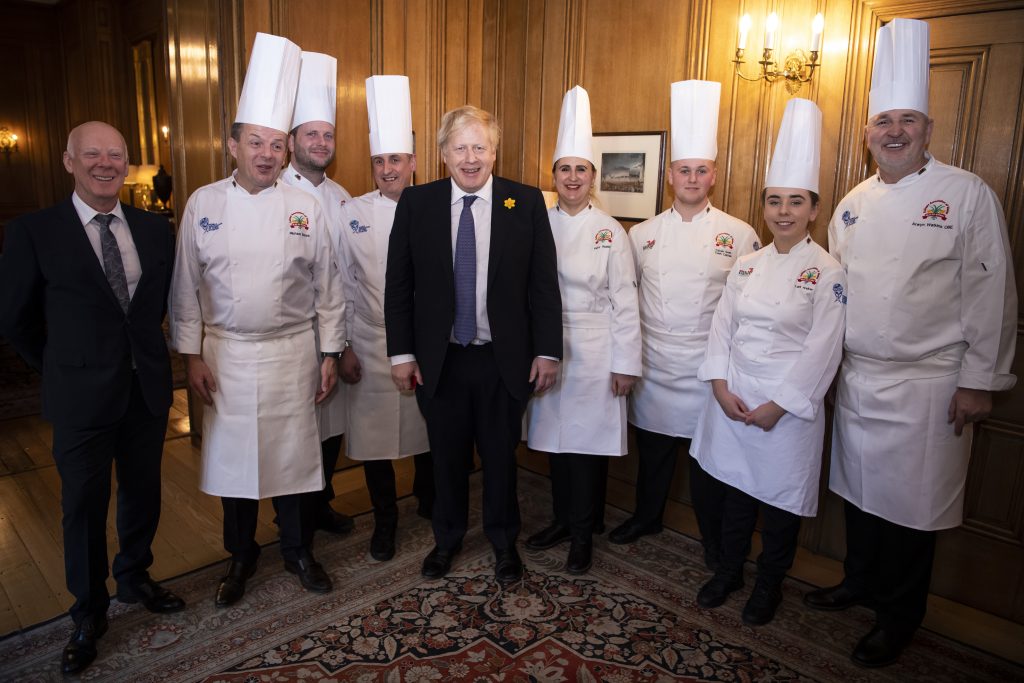 Eight representatives of the Culinary Association of Wales (CAW) travelled to London to prepare savoury and sweet canapes for VIP guests from business, tourism, sport and media at the reception organised by Secretary of State for Wales Simon Hart, MP for Carmarthen West and South Pembrokeshire.

Wine from Ancre Hill Estates in Monmouthshire was also served to guests and Welsh food and drink producers were showcased their products at the event. 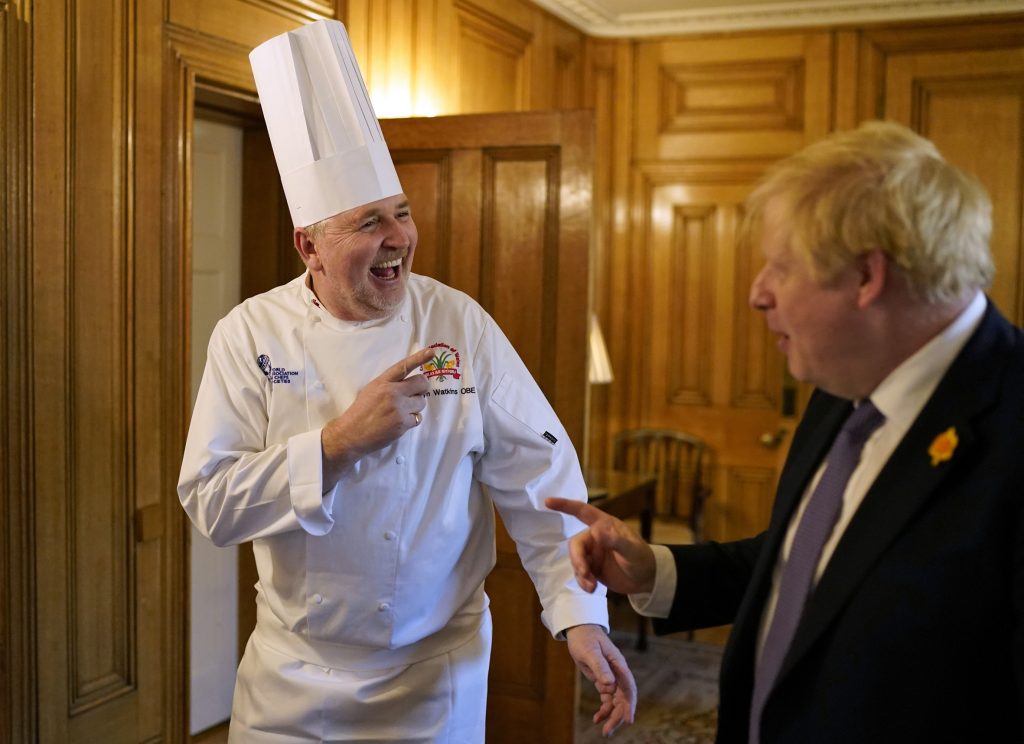 Mr Watkins shared a joke with the Prime Minister as he renewed his acquaintance, after meeting at the Royal Welsh Winter Fair in Builth Wells last November.

“I met Boris at the Royal Welsh Winter Fair where I impressed upon him the importance of securing a skilled workforce for the future of the Welsh hospitality and food and drink industries,” said Mr Watkins.

“I said if he was elected, I would remind him about the question when I delivered the St David’s Day reception at 10, Downing Street with a Culinary Association of Wales team.

“When, he saw me, he remembered the conversation and had a big smile on his face. He agreed that a skilled workforce was an important issue that needed to be addressed.

“It was a hugely successful day and our food was warmly praised.”

Mr Bates was also delighted with the reception. “Everything went like clockwork and we had some really great feedback about the canapes,” he said. “We tried to use as many Welsh products as possible and it paid off.”