A new campaign designed to turn the tide on trafficking and exploitation in Wales has launched today. 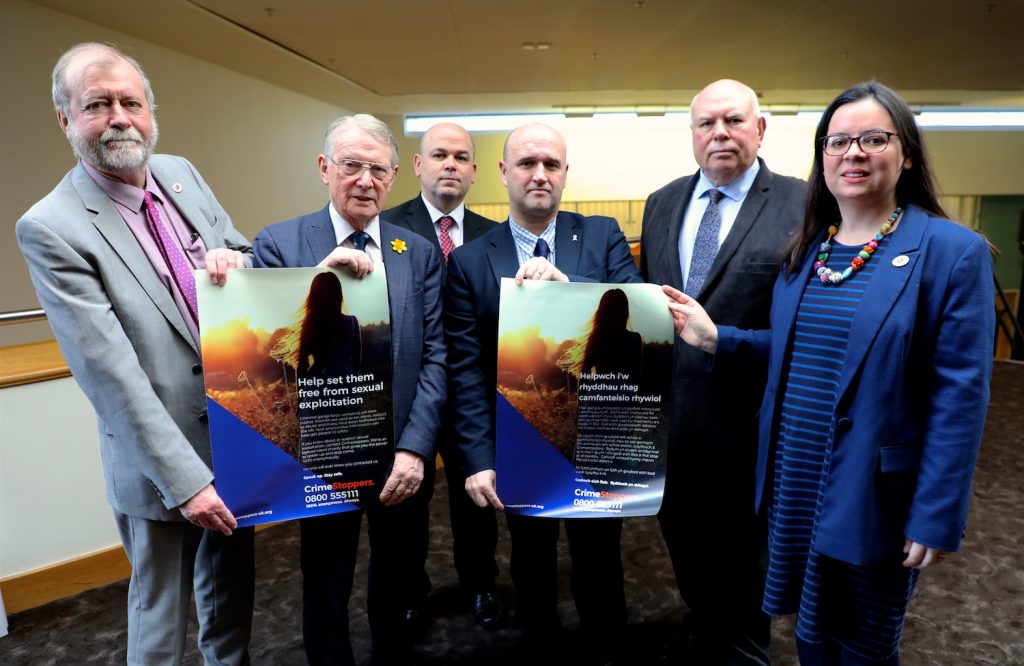 The charity Crimestoppers is asking people to be on the look-out for suspicious activities and pass on what they know about modern slavery. This campaign highlights the trafficking of people, drugs and weapons across the Welsh coast and borders as well as sexual exploitation of trafficked women.

The eight-week digital campaign, supported by Wales’ four police and crime commissioners and anti-slavery partner agencies, will encourage the public to look out for signs of trafficking alongside the coastline and sexual exploitation of vulnerable people in towns and cities. Crimestoppers guarantees anonymity to everyone who contacts them.

Last year a yacht off the West Wales coast was intercepted carrying a street value of £60 million of cocaine and the campaign hopes to deter gangs from using Wales to traffick people and illegal commodities.*

Crimestoppers’ Wales Manager, Ella Rabaiotti, said: “From our coastlines and into our towns and valleys, we want to help turn the tide on trafficking and exploitation. Criminal gangs boldly traffick people and drugs into Wales and exploit them to carry drugs or force them into prostitution. Your anonymous information can help stop this.

“As a charity, we strive to give everyone a voice to speak up about crime and we are really keen to hear from people who have information about trafficking and exploitation. Your anonymous information is vital to help get people to safety and keep drugs and weapons off our streets.”

“Putting an end to slavery is a significant priority for us across Wales. Criminal gangs both within our country and across borders traffick people, Class A drugs and weapons. The criminals involved in trafficking are a real threat to our communities and Wales is not exempt from their targeted activities. We know that the public often have information that they would prefer to share anonymously. We encourage the members of the public to support the Crimestoppers charity campaign and pass on any information they have, however small, to stop these organised criminals and keep Wales free from slavery.”

Ella Rabaiotti added “Crimestoppers received over 1,400 pieces of information on modern slavery and trafficking last year and our promise of anonymity is key to helping people come forward.

“If you see anyone acting suspiciously on our coastline or ports, give information to Crimestoppers charity 100% anonymously. A small piece of information could be vital – such as descriptions of vehicles and boats. Or perhaps you may be concerned that someone is being trafficked for sexual exploitation and forced into prostitution. Tell Crimestoppers what you know anonymously on 0800 555 111 or use the anonymous online form at Crimestoppers-uk.org.”

To find out more about the new campaign and to learn how to spot the signs and speak up, visit our modern slavery awareness web page.