Italy’s chefs have achieved what their country’s rugby team failed to do this month – beat Wales. The Italian national culinary team are leaving Wales as champion after victory in the annual Battle for the Dragon contest yesterday (Thursday). 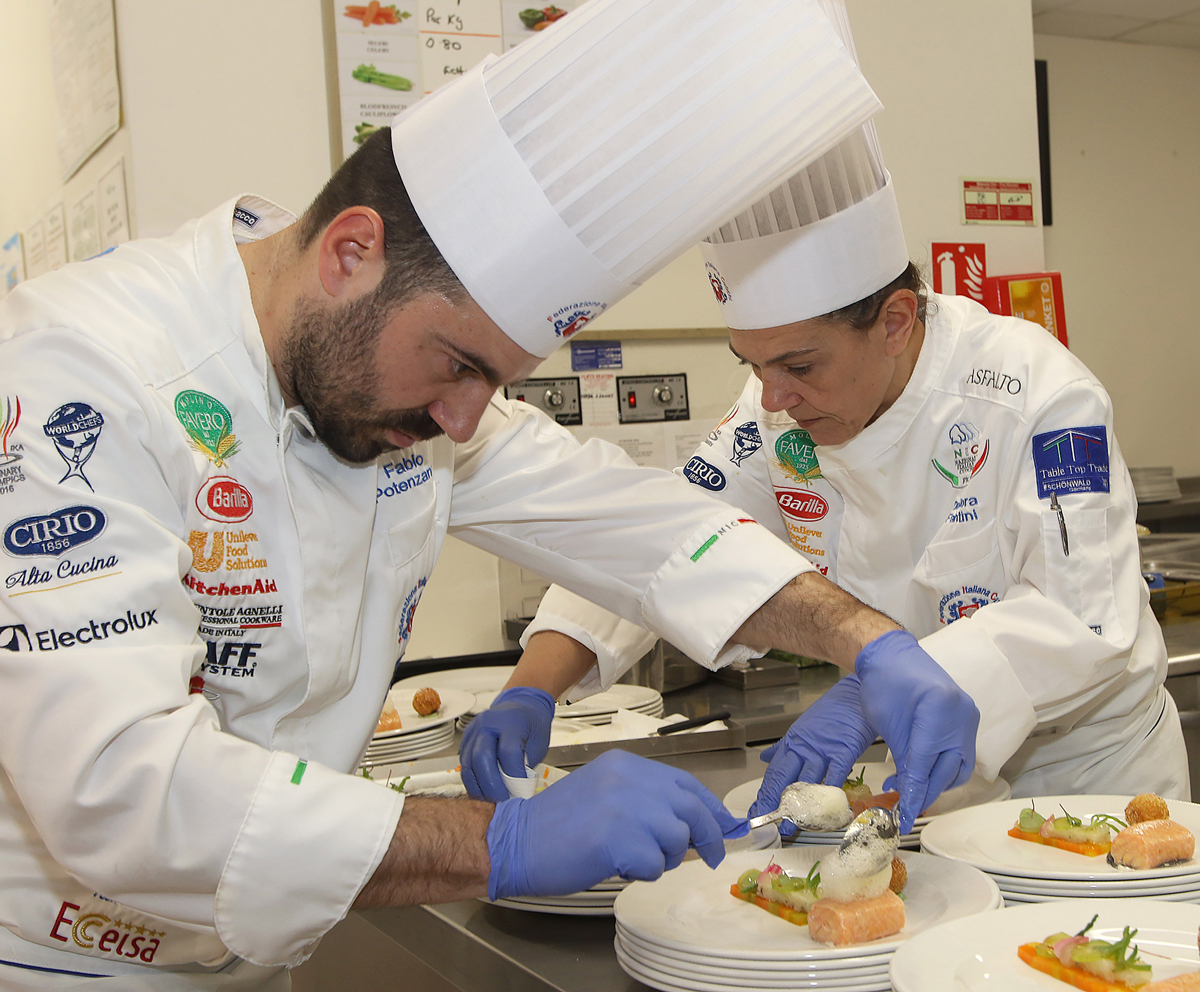 Facing hosts Wales and fellow visitors Austria at the Welsh International Culinary Championships (WICC) at Coleg Llandrillo, Rhos-on-Sea, the Italians secured the Dragon Trophy after winning the vote from a panel of international judges.

Italy were the last team in the kitchen to cook a three course meal for 90 people, Wales and Austria having preceded them on Tuesday and Wednesday respectively. The lunches on all three days sold out.

The winners were announced at the WICC awards dinner at the Llandudno Bay Hotel, Llandudno last night, when Dominico Maggi from Italian team, who is also World Chefs’ continental director for Southern Europe, revealed why he had a special reason to be delighted with the result.

“I really wanted to bring the Italian team to compete in this great competition because my wife is from Haverfordwest and I feel at home when I’m in Wales,” he explained.

“I am really happy that we have won and I think the team deserved it because they started preparing after the Culinary Olympics finished in October. The chefs have never been to Wales before and I think they will remember these four days forever. It was a great experience. I am really proud of them because half of the team have been my college students.” 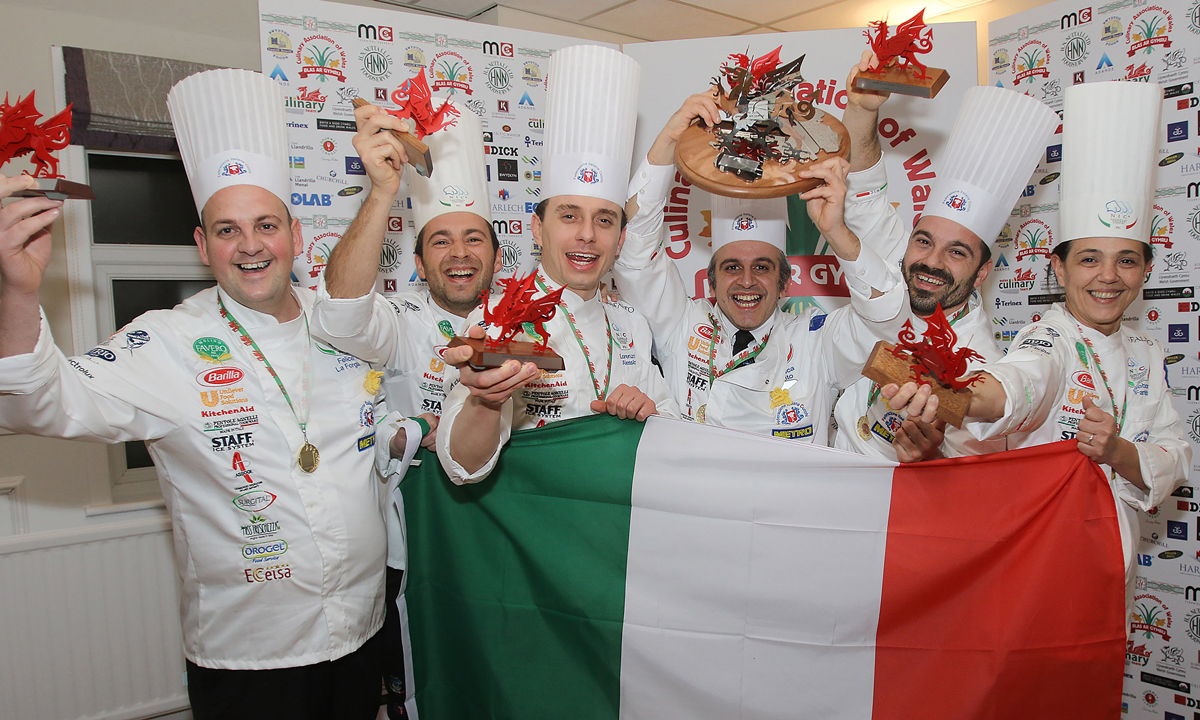 Italy won a gold medal, Austria a silver and the Junior Culinary Team Wales followed up their two silver medals at the Culinary Olympics with a bronze this time. The medals were presented by Alison Lea-Wilson, of Halen Mon Anglesey Sea Salt, a Food and Drink Wales Industry Board member.

Culinary Association of Wales president Arwyn Watkins told visiting international teams: “I know that our culinary teams really struggle to secure the funding and support to compete on the world stage and to commit to another competition is not a decision taken lightly, but I hope it has added value to your aims and ambitions.

“I thank all three teams for their commitment to the Battle for the Dragon and I am sure they will have all benefited from the opportunity that this competition presents in further developing their team working and dish development for the hot kitchen task.”