The work of two local tapestry artists has been selected for a prestigious international exhibition in London and Nottingham. 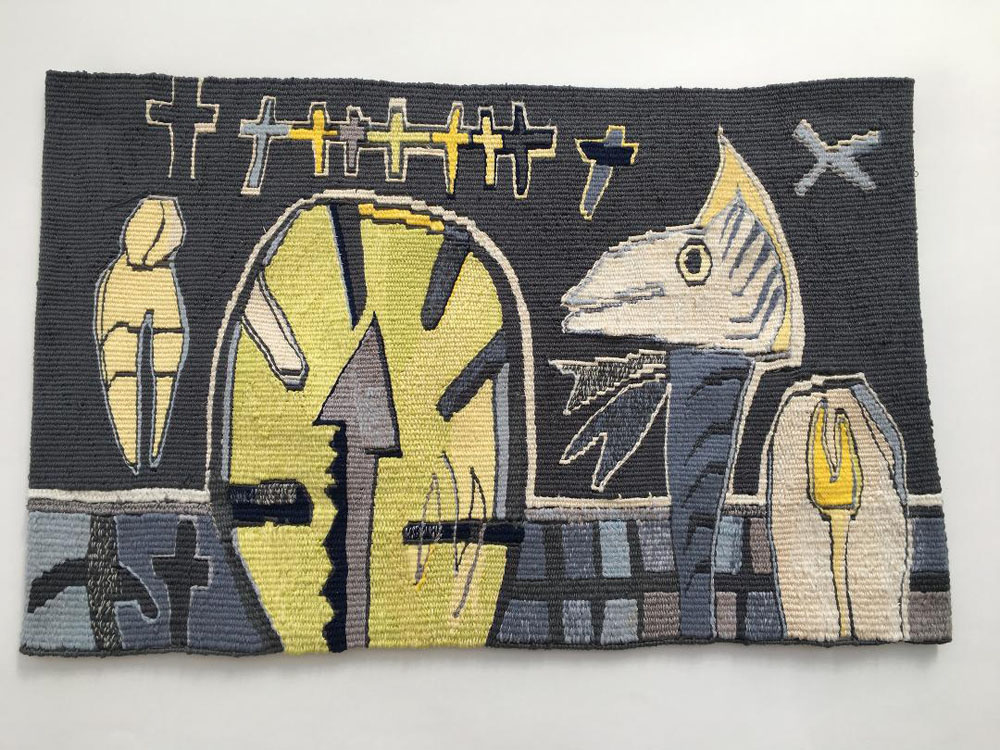 Tapestry weaver Alastair Duncan from Pontarddulais, 10 miles outside Swansea and Beth Smith from Pontrhydyfen in West Glamorgan have had work selected for Heallreaf 2019 where there are 40 exhibitors from all over the world. The exhibition runs from September 7 to 21 at Surface Gallery, Nottingham and then from October 15 to 26 at Espacio Gallery, London.

Alastair has had ‘Metamorphosis’ chosen while Beth has had ‘Mhairi’s Day Out’ chosen.

There is a ‘People’s Choice’ prize and visitors will vote for the work they like best. The winning artist receives £250, sponsored by yarn company Weavers Bazaar. There is also a Heallreaf Prize of £500 and that has been chosen by the jurors but only they and I know who has won it and will be announced on September 6 at the opening of the Nottingham Show.

The exhibition is the brainchild of Margaret Jones, herself a tapestry weaver. 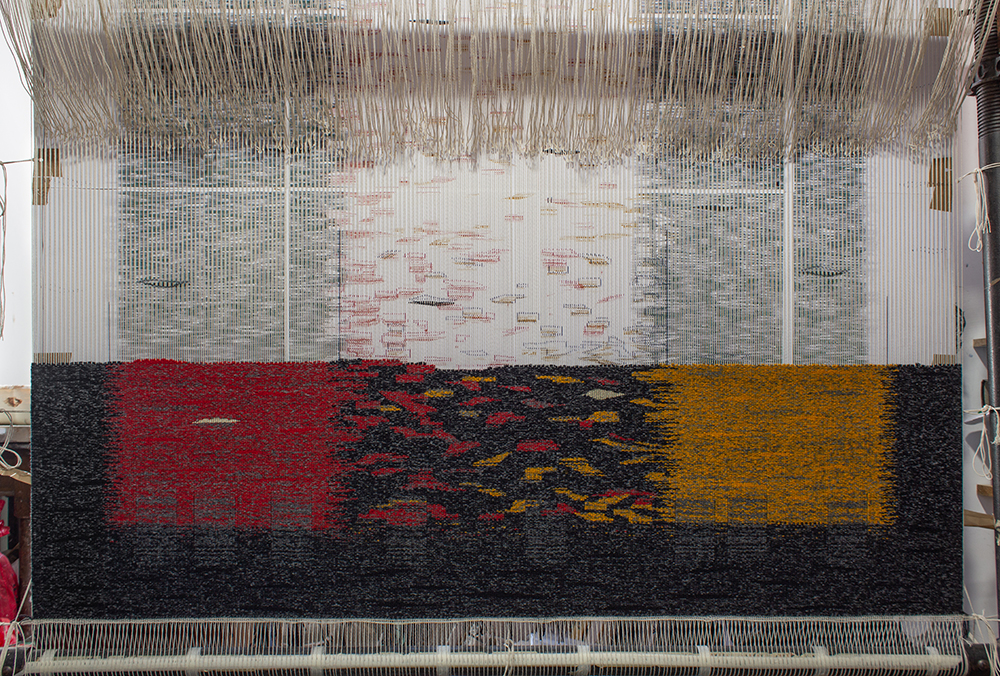 She recalls how the whole idea began in a boardroom near Buckingham Palace. “The interview with 10 trustees of the Queen Elizabeth Scholarship Trust (Qest) was the final stage of my successful bid for a scholarship from the Trust to help pay for the final year of my Master of Fine Arts at West Dean College. Part of my commitment to Qest was to attempt to place modern tapestry back in the fine art world where it started all those centuries ago.”

It was difficult to decide on a name for her exhibition but after much research, she discovered that the word ‘heallreaf’ was Anglo Saxon for ‘a tapestry hung in a public place’ and so in 2014 the first Heallreaf exhibition took place at West Dean College.

As Margaret approached the end of her final year at West Dean College in 2015 she noticed that the students’ studios would be empty during the summer. “So I asked the college if I could use the space to hold an exhibition. They agreed and that was the first Heallreaf exhibition.”