The Royal Mint swapped pounds for peaks this month as part of the biggest charity challenge in its 1,100-year history. 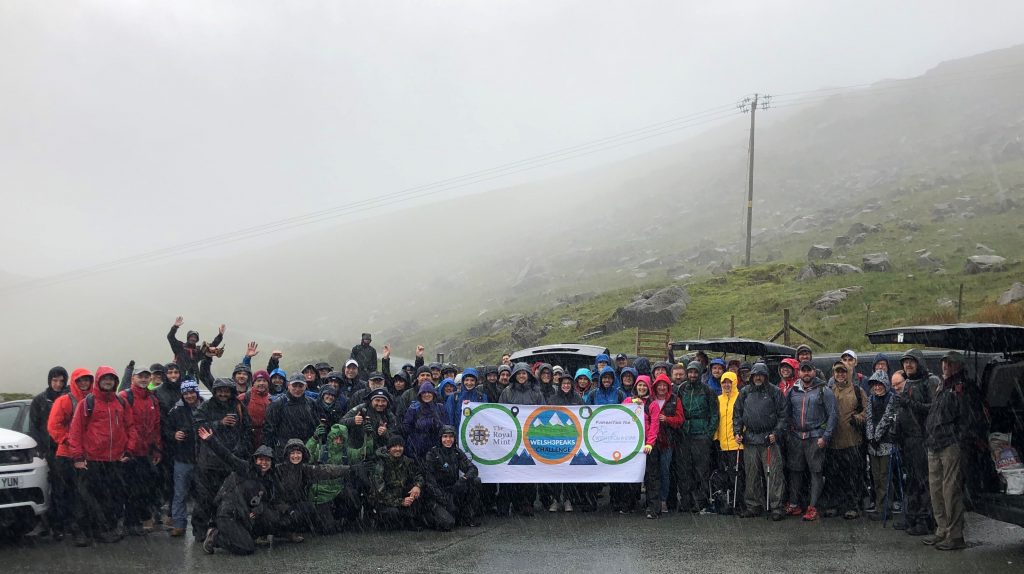 To mark 50 years of being in Wales, The Royal Mint has set a target of raising £50,000 for Llantrisant based charity partner, 2 Wish Upon A Star.  On Friday (7th June) over 100 Royal Mint employees stepped up to the challenge by scaling the biggest mountains in Wales in just 24 hours.

The teams walked a collective 1,870 miles across Snowdonia, Cadair Idris and Pen Y Fan – raising over £9000 for 2 Wish Upon A Star, a charity which provides bereavement support for families who have lost a child or young adult.

Anne Jessopp, Chief Executive of The Royal Mint, said: “This is a special year for The Royal Mint as we celebrate 50 years of being in South Wales. To mark the anniversary, we wanted to give back to the community that has given us so much, and have set a target of raising £50,000 for 2 Wish Upon A Star to ensure they can continue providing essential support for families.

“The Royal Mint took a massive step towards its fundraising target this week, thanks to the hard work of everyone who took part in the Three Peaks Challenge. I couldn’t be prouder of the teams, and look forward to the exciting charity events planned for the rest of 2019.”

Rhian Mannings, Founder of 2 Wish Upon A Star, said: “We cannot thank The Royal Mint enough for their ongoing support. Their staff have been amazing and have organised some wonderful fundraising events. We couldn’t do the work that we do every day for suddenly bereaved parents here in Wales without organisations like the Royal Mint. We are based close by and its lovely to work with local businesses who believe in the work we do.

“2 Wish was established in 2012 when my one year old son George passed away suddenly. As a family we received no offer of support and five days later my husband Paul took his own life traumatised by our loss. 2 Wish now helps hundreds of families every year funded by our community, individuals and companies wanting to make a difference.”

The Royal Mint relocated to South Wales from Tower Hill, London in 1968 as part of the preparation for decimalisation.  A state of the art Mint was built in Llantrisant, and today it employs over 800 people and produces over 2.2. billion coins per year. The business has diversified into a number of other areas over the last 50 years – with a thriving commemorative coin and precious metals business, a newly launched Gifting business and an award winning visitor attraction.