This May will see a birthday party with a difference – as the birthday boy asks his friends to buy gifts for charity instead of him. 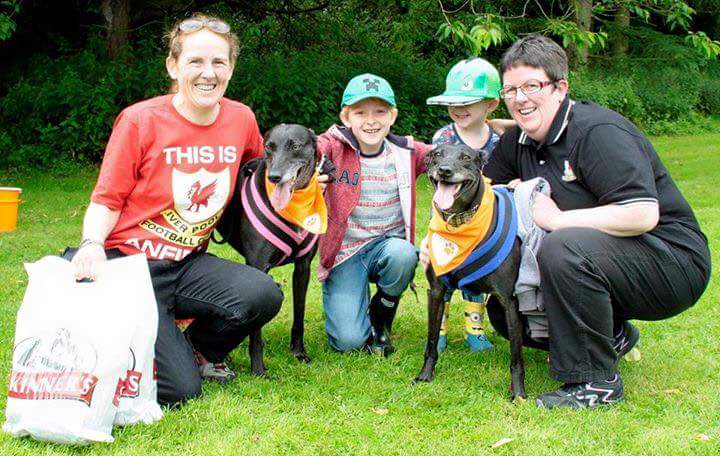 Soon to be nine-year-old Rhys Parkin from Rhos on Sea, in north Wales, is dedicating his upcoming birthday to his favourite charity, Finding Furever Homes. For his birthday on May 17, Rhys, who is in year 4 at Ysgol Glanwydden, has asked 20 friends from school to bring donations of dog toys, food or blankets so he can give them to the charity for canines who are currently awaiting their ‘furever’ homes.

Rhys’ mum, Kayleigh Parkin, said: “We are so proud of Rhys for him choosing to do this for his birthday. He loves animals, it’s in his nature to be so caring and do things for others. He enjoys charity work and aspires to become a vet.”

Finding Furever Homes is a national charity helping to rescue and rehome dogs throughout England and Wales, including sponsoring kennels near Condover, Shropshire.  The cause was not just chosen at random, but is close to Rhys’ heart after his great Aunty adopted two dogs – Jack and Eden – from the charity in February 2016.

After adopting Jack and Eden from Finding Furever Homes, Rhys’ great Aunty Nicola Farrington took them, along with Rhys and his brother Aaron, to the charity’s fun dog show at Marbury Park in Cheshire. This seems to have ignited Rhys’ interest in the charity and he is a keen follower of all the rescue dogs’ progress on social media.

Rhys’ great Aunty, Nicola Farrington, said: “Rhys is a thoughtful, caring boy, who is always keen to help others. This is highlighted with his plans for his birthday party, something not many boys turning 9 would wish for their birthday! We are all extremely proud of him and his attempts to help all the dogs who are desperately searching for new homes.”

Andrea Newton, Founder of Finding Furever Homes, added: “When we heard about Rhys’ plans we were genuinely touched and we really cannot thank him enough. For someone so young to give his birthday for a good cause is genuinely heart-warming and really sets an example the rest of us should follow, too!”

For more information on Finding Furever Homes and any of the dogs available for adoption please visit www.findingfureverhomes.org.uk