The Llangollen Fringe Festival will return for its incredible 20th edition this July. From its small beginnings back in 1998, the festival will see over five thousand people visit the town for eleven days of music, theatre, dance, literature and more. 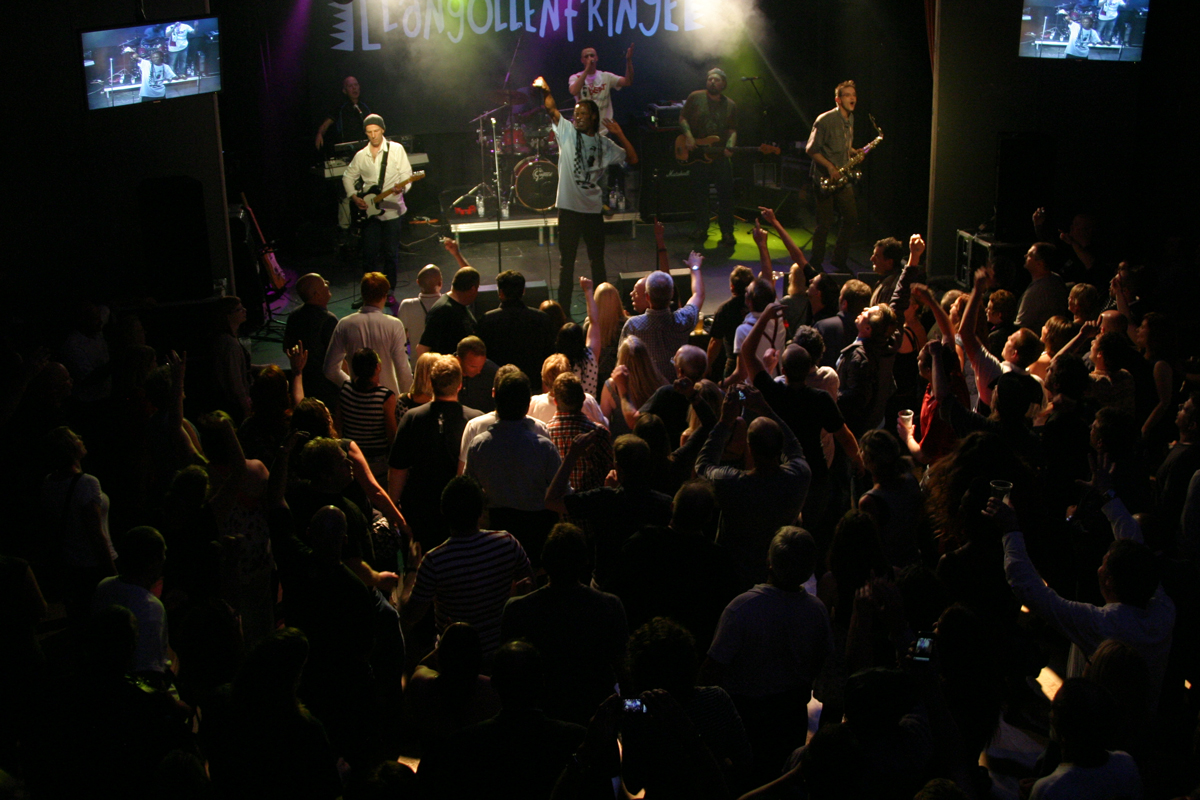 Starting out in a tent on a farmer’s field, the ‘Llan Fringe’ as it is affectionately known, has grown to encompass the entire town and over the years has gained a reputation for attracting famous and sometimes controversial names to its picturesque corner of North East Wales. Tracy Emin and Damien Hirst were both early guests at the Fringe, with the latter giving a workshop in ‘spin painting’ – some of the works produced have since gone on to sell for thousands at auction. As well as numerous performances from famous bands and musicians from around the world (including Gruff Rhys, The Buzzcocks, Wilko Johnson, Cerys Matthews, Charlotte church, Yat Kha, Lee ‘Scratch Perry and many more) The Fringe were also one of the first events to host a performance by notorious international drug smuggler Howard Marks, as well as a photographic exhibition by the German terrorist gang member, Astrid Prohl, both creating considerable controversy at the time.

The festival has evolved quite considerably in the past twenty years, whilst still boasting a prestigious line up of acts and celebrity names, it’s events take place in many locations in and around the town centre – this year for example, you can catch a play at Plas Newydd stately home, a jazz quartet on the Canal Boat, a Soul Band on the Steam Train or a magical concert at Llangollen Town Hall or Valle Crucis Abbey and much more!

The line up for the 20th anniversary is booked and promises to be the biggest yet to celebrate the festival’s 20th birthday.

The first acts will be revealed on Friday 7th April, with a limited amount of early bird festival tickets going on sale the same day.