In 2012, Luke became homeless at the age of 18 after experiencing a tragic bereavement. Now he is back on his feet and helping others to rebuild their lives at the Huggard Centre, which is now doubling its intake by taking in over 40 rough sleepers each night over the winter period thanks to extra winter funding from Cardiff Council. 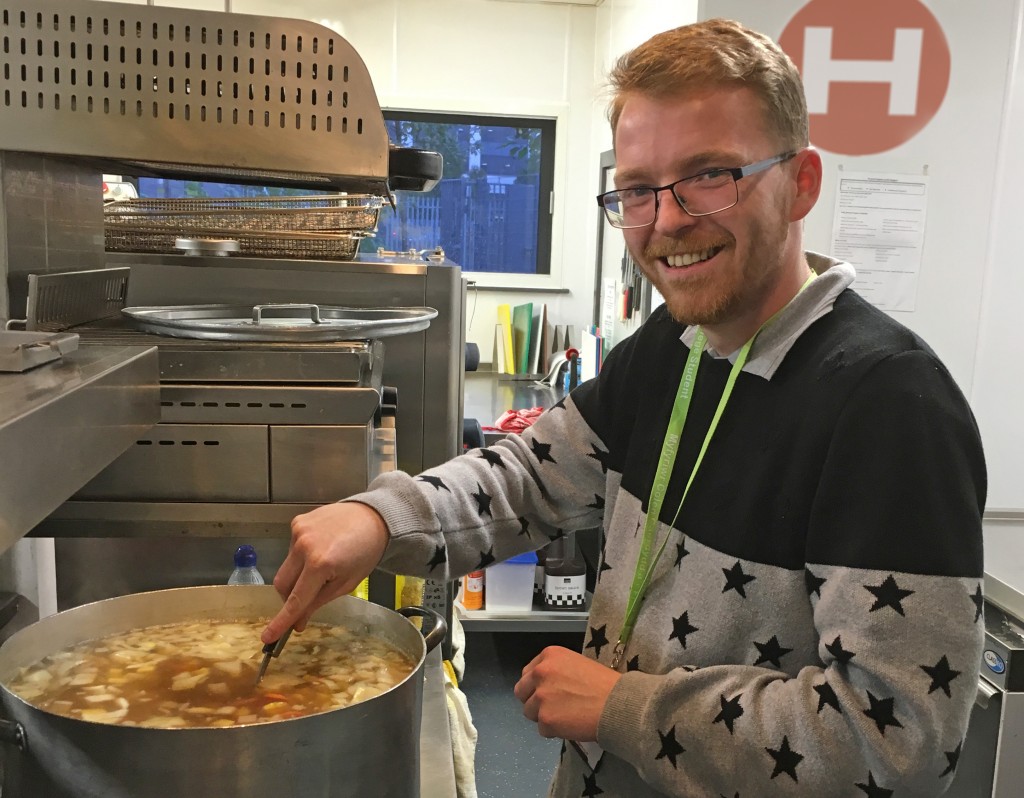 “I came to the Huggard Centre, in Cardiff, at the lowest point in my life. My mental health was suffering terribly and I had turned to alcohol and drugs to escape the trauma I had experienced. My keyworker at Huggard was fantastic. She not only put up with all of the emotional baggage I brought with me, she really believed in me. I felt empowered to address my problems, rather than bottle them up.

Huggard took me in and arranged counselling and substance misuse support and this helped me turn a corner. I started further education and am studying nursing at Cardiff and the Vale College.

Now, I also have a job with Huggard as a Night Worker over the winter months, where we take in extra rough sleepers every night to stop them sleeping on the streets and provide them with the help and support they need. Three years ago that was me.

Without the support that Huggard gave me, my life would still be in tatters. I would still be on the streets. I would still be on drugs and self-harming. Huggard believed I could come through this and I did. This has made me more determined to help others and to be a living example that things can get better even when it seems impossible to even imagine a light at the end of the tunnel.”

Huggard’s Chief Executive, Richard Edwards said, “We have a fantastic staff team and Luke is a beacon of hope to everyone we work with and is a constant reminder to all of us of the difference we make every day to people’s lives.”

Huggard’s emergency overnight accommodation shelters over 40 people – approximately double the number (from 1st November 2015 until the end of February 2016) of places we can normally offer to the homeless and vulnerable; these clients would otherwise be sleeping rough on the streets of Cardiff, throughout the winter. This is in addition to a 20 bed hostel and 53 tenancies in shared houses across the city, together with extra tenant support and help with bonds for private rented housing. The flag ship of Huggard’s services is its unparalleled Day Centre for homeless people that is open every day of the year, providing food, washing and laundry facilities as well as support, advice, training and many other opportunities. Last year Huggard saw 32,000 visits from just over 1,700 different homeless and vulnerable people.

Richard Edwards added “With the winter upon us, our services are a vital life line to many. Without the continued support of the community of Cardiff, we are unable to do everything that we do for the people who genuinely need our help the most. The extra funding from the Council to accommodate rough sleepers at night makes a real difference, but we are still struggling to fund the day time support to homeless people that can really help to turn lives around.”

You can help more people like Luke by donating to Huggard’s work at www.justgiving.com/huggard